So based on how many birthday cakes I've made in the month of October, I can say, a big CHUNK of my family and friends are Libra's or Scorpio's. Pretty cool.
Any who, this month has to have been the biggest so far, which of course is a blessing. This was  seriously a cake month, I've barely made any cupcakes. Because of that, I've stepped up a few notches in the talent factor....you'll see why lol. Yes it can be easy to say "I'm sorry I can't do that" but of course how will you know when you've never tried. That pretty much goes with life in general. I always say, never sell yourself short, you're capable of doing anything you please. Make it happen. BAM! That's it lol. Life is about building yourself, so I try not to stay on the same step for too long- after all if I do I won't get very far. So with that said, at times, I dream a little cupcake dream. Where the fairy of all things sweet cradles me in its fluffy frosting and tosses me through a door made of hard sugar. Yes it may sound a little painful but man that dream is exciting. Well guys, one of my dreams were to one day do a wedding. I didn't expect it to happen so soon but I was excited when it did. Luckily it wasn't too much, 8 dozen. Not bad at all. I could definitely make that happen. So the day before from 3pm- 9pm I created the 96 cupcakes. It was a lot of fun. It took me back to my old Banquet days lol. So early the next day we got prepared to deliver the cakes to the venue. Of course we wore the t-shirts. 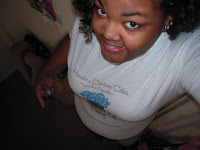 I think me wearing a chef coat to deliver cupcakes would be over kill (my personal opinion). The venue was beauutiful, very eloquent and the cupcakes were a perfect touch. So thanks and Congrats to the new family. 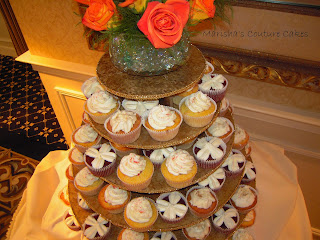 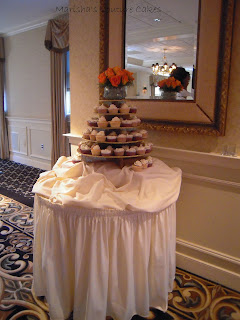 We had a lot of fun that afternoon and hope to have many more catering events like this one. Hey. did I tell you guys I've been making some great pumpkin rolls!? They're really good. I'm still searching for the perfect recipe. The whole rolling thing gets a little crazy so I might end up making them into bars. Alright, this is going to be long so I'll get straight to the pics. 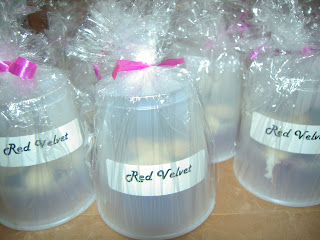 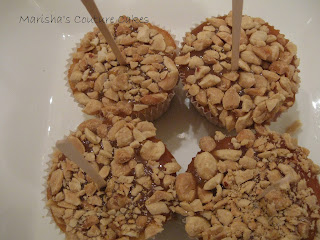 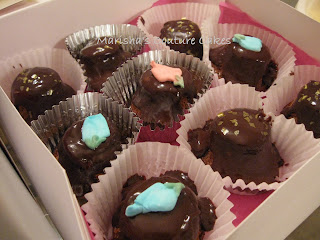 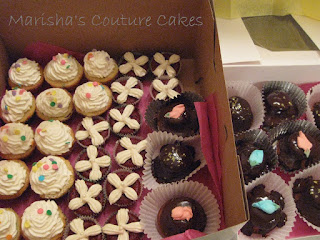 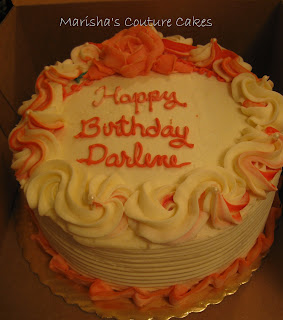